We are Illinois lawyers, who since 2001, have been offering legal guidance and attorney referrals to the top Illinois medical malpractice lawyers. Call our office at 312-346-5320 or 800-517-1614 to speak with an attorney for FREE and get pointed in the right direction. Or you can fill out our contact form to tell us about your situation and we will contact you. It is always free and confidential to contact us. 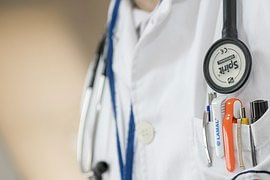 The following are fields containing examples of possible medical malpractice cases that can be pursued in Illinois. If these problems occur that does not mean that you will have a successful case. It means that you likely have a case that should be investigated by an experienced Illinois medical malpractice lawyer.

Many Illinois medical malpractice cases have arose from problems related to the administration of anesthesia. Death and/or brain injury has resulted from problems with giving a patient anesthesia. An example could be running out of administrable oxygen before the surgery is finished or providing too much oxygen.

Failure to correctly diagnose a patient can result in serious problems. In some instances this can be grounds for a medical malpractice lawsuit in Illinois. For example if a chest x-ray was read as normal, but in fact showed that a patient had a tumor which led to cancer and the death of that patient then their estate may be able to pursue an Illinois med mal case.

Fractures are normally easily cured by the proper medical attention; however, failure to correctly care for a fracture can also result in serious injury. One example is improperly setting a fracture; this can result in permanent disability. When this type of error affects an individual’s ability to earn a living there may be significant damages in order to pursue a case. For example if a Chicago police officer breaks his hand and then loses hand function because it was improperly set they may have a medical malpractice case because they have an inability to fire their gun which is an essential task of their job.

Having surgery is something that no one takes lightly. Unfortunately, there are risks involved. When problems are the result of a doctor’s professional misconduct, a medical malpractice claim may be a possibility. The possible problems that may result are endless. An example resulting from a doctor’s professional misconduct could be a blood clot, improperly evaluated, which can result in permanent disability. Another example of an error in surgery that could lead to an Illinois medical malpractice lawsuit is when a doctor is performing a back surgery and repairs the wrong level resulting in an additional injury.

Laboratory tests are not always accurate. There have been medical malpractice cases that have arose out of laboratory errors. An example would be when a lab technician reports to a doctor that a blood test was negative for a certain disease when it was in fact positive. If early intervention would have made a difference there may be a malpractice case against the technician or his employer.

Birth injury is a general term that refers to different injuries that can happen before, during, or immediately after birth. Birth injuries can include: cerebral palsy, Erb’s palsy, brachial plexus palsy and brain damage. When a health care provider does not act appropriately during a delivery, the health care provider may have committed medical malpractice.

Birth injury lawsuits are usually filed on behalf of the child suffering the birth injury. Many times the parents are also named as plaintiffs as they also suffer both emotionally and financially.

Birth injury lawsuits can recover two kinds of damages: economic and non-economic. Economic damages are usually monetary amounts resulting from medical bills, future medical treatment costs, and other professional services that are provided to the child or family members. Non-economic damages are usually called “pain and suffering” and can be recovered on behalf of the child and the parent. The parents, as well as the child, can recover for mental anguish and inconvenience. Other non-economic damages include physical impairment, disability or disfigurement.

When there is a strong indication that malpractice was the cause of the birth injury, generally a birth injury lawsuit is filed. Some birth injuries are harder to prove than others. For example, it may be difficult to show that cerebral palsy is the result of malpractice versus the result of an unfortunate development. For these reasons, it is best to speak to an attorney who can assess the situation and inform you what legal rights and options are available.

Cerebral palsy is a term used to describe a group of disorders that impair the control of movement which appear in the first few years of life. Generally speaking, damage to the brain affects the brain’s ability to control movement and posture. Cerebral palsy is a birth injury and therefore can occur before, during or immediately after birth.

The damage occurs because sufficient oxygen does not reach the newborn or fetal brain. In some case, a physician may fail to notice problems that can happen during delivery or may not respond appropriately once he or she notices the problem. If the physician is negligent in his or her actions, and these actions cause a brain injury resulting in cerebral palsy, the physician may have committed medical malpractice.

There are three types of cerebral palsy:

The effects of cerebral palsy may include: involuntary movement and muscle spasm or tightness, abnormal perception and sensation, mental retardation, seizures, problems in gait and mobility, and impairment of speech, hearing or sight.

Shoulder dystocia occurs during the delivery of a baby. This is more common in larger infants. Sometimes the baby is too large to pass through the mother’s pelvis, and the baby’s shoulder may become temporarily lodged inside the mother during the delivery. In most cases the baby’s head has already been delivered, and too much pressure is applied to the baby’s neck in order to further the process of delivery. The excess pressure can cause the baby’s muscles to be torn and may result in a limp arm.

Erb’s palsy, also known as brachial plexus injury, is an injury to the nerves that control the muscles in the shoulder, arm, and hand. Any one or all of these muscles may be damaged resulting in lack of movement or impaired mobility in the shoulder or upper arm. It is also possible to cause damage to the lower arm, wrist and hand, which is then referred to as Klumpke’s palsy.