We are Illinois lawyers, who since 2001, have been offering legal guidance and attorney referrals. Call our office at 312-346-5320 or 800-517-1614 to speak with an attorney for FREE and get pointed in the right direction. Or you can fill out our contact form to tell us about your situation and we will contact you. We can’t promise a result, but we do guarantee that we will be honest and treat you like a family member or friend. 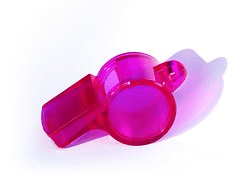 A whistleblower is the informal term used to describe a person who uncovers fraud against the government and brings suit against the wrongdoers on behalf of the government. These types of cases are often referred to by the Latin derivative “qui tam,” as in “a qui tam lawsuit.”

For example, assume you worked for a military supplier and you uncovered that the company was knowingly selling faulty equipment to the federal government that had the potential to malfunction and cause serious damage to property and possibly cost lives. Based on what you have uncovered, you can file an action under the Federal False Claims Act.

However, if the company you worked for was selling faulty equipment to another private company, it would still be wrong but it would not be a whistleblower case under the False Claims Act because it does not involve defrauding of the government.

Another example of a whistleblower case would be the instance where the company has a government contract to provide goods and services and then it misrepresents certain numbers or makes false records and overcharges the government.

The False Claims Act allows the whistleblower to received a portion of whatever penalty the wrongdoer eventually has to pay the government. This is typically about 15 to 25%.

Under the False Claims Act you cannot bring an action without attorney representation. Because whistleblower cases can be extremely complex, we strongly suggest that you hire an attorney who has a track record of success with these suits.

For example, unlike a regular lawsuit where you serve the defendant with a copy of the complaint, the Justice Department is served first in whistleblower cases and not the defendant. The Justice Department decides whether to take over the case. If it chooses not to, you can proceed on behalf of the government. There are several procedural nuances such as this and you should make sure to hire an attorney who handles qui tam cases.

Most qui tam attorneys work on a contingency basis. That means that you do not pay them by the hour but, rather, if you “win,” your attorney gets a percentage of that. If you lose, however, your attorney also does not recover anything. Your attorney should also pay all fees and costs while litigating the case.

Many states, including Illinois, have their own version of the False Claims Act that protects against defrauding of the state government. The Illinois statute, like the Federal False Claims Act, includes a provision to protect the whistleblower from retaliation by his or her employer. This means protection from termination and lost wages, among other things.

If you are aware of a situation where the government is being defrauded and would like help finding an Illinois whistleblower lawyer or if you just have questions, please do not hesitate to contact us. All calls are free and confidential. We can’t guarantee a result, but do promise to treat you like a friend and try and point you in the right direction for an experienced Illinois attorney.