We are Illinois lawyers, who since 2001, have been offering legal guidance and attorney referrals to the best workers compensation attorneys in Illinois. Call our office at 312-346-5320 or 800-517-1614 to speak with an attorney for FREE and get pointed in the right direction. Or you can fill out our contact form to tell us about your case and we will contact you. All inquiries are free and confidential. 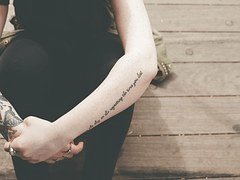 Whenever the elbow is bent or leaned on repetitively or for long periods of time, the ulnar nerve is put under pressure. Over time, the constant pressure on the nerve can cause the nerve to become irritated and affect the manner in which the nerve works, at which time cubital tunnel syndrome has developed. Cubital tunnel syndrome is frequent in jobs that require the elbow to remain in a flexed position for long periods of time, such as in movers, or jobs that require repetitive flexing and relaxing of the elbow, such as guitarist or a person working with levers.

If you experience constant pain in the elbow and/or numbness and tingling in your outer hand, you should contact a physician immediately to be tested for cubital tunnel syndrome. The physician will test the pattern of your symptoms, the strength of the muscles in the arm, and the irritability of the ulnar nerve in your elbow in order to diagnose whether you have cubital tunnel syndrome or another disorder with similar symptoms, such as a pinched nerve in the neck.

Depending on the amount of pressure that has been put on the nerve, cubital tunnel can be treated in several different ways. If the amount of irritation is minimal, the syndrome can be treated by simply resting the arm and adjusting the pattern of elbow use in everyday life. If the pressure is severe or if other treatments are ineffective, a surgery adjusting the positioning of the nerve can be used to treat the problem.

Whether you have cubital tunnel syndrome from a job injury, car accident or other manner, the lawyers that we recommend for those cases work on a contingency basis. That means that there is no fee unless they make a recovery for you. These attorneys also advance all of the costs of bringing a case.

If you are looking for a lawyer that is experienced with cubital tunnel claims in Illinois or have any questions please do not hesitate to contact us at (312) 346-5320. Since 2001 we have helped thousands of people in Illinois with similar problems and would be happy to help you.